During my Master of Science studies at CICESE Research Centre, I worked with Dr. J. Antonio Garcia Macias, who was my advisor in the UbiComp Lab. I did research about the interaction with smart objects in environments augmented with technology.

For my project we considered that a place with embedded technology and digital services becomes an augmented physical space with a variety of data transmissions, internet services and multi-modal information. For instance, we can augment consumer products such as home appliances, food or medicine packages, with sensors and actuators with a Web-enabled interface to access their data.

Part of this project involved designing software prototypes with seamless interaction between an application client and its surroundings, without requiring users to make any initial configuration. We called these prototypes: Sentient Visors.

One of the prototypes was an Augmented Reality mobile application to support elders in taking medications. The application is intended to run on a mobile-phone and simulate a ‘see-through lens’ interaction. The person can see through the mobile phone (using the camera) pointing to a medication package and the mobile screen automatically displays the medication dosage given by the medic.

For this prototype I also built an augmented medication package with an embedded slider potentiometer. When the person extracts a pill from the package, the event is stored in a log, allowing to keep a record of the treatment. 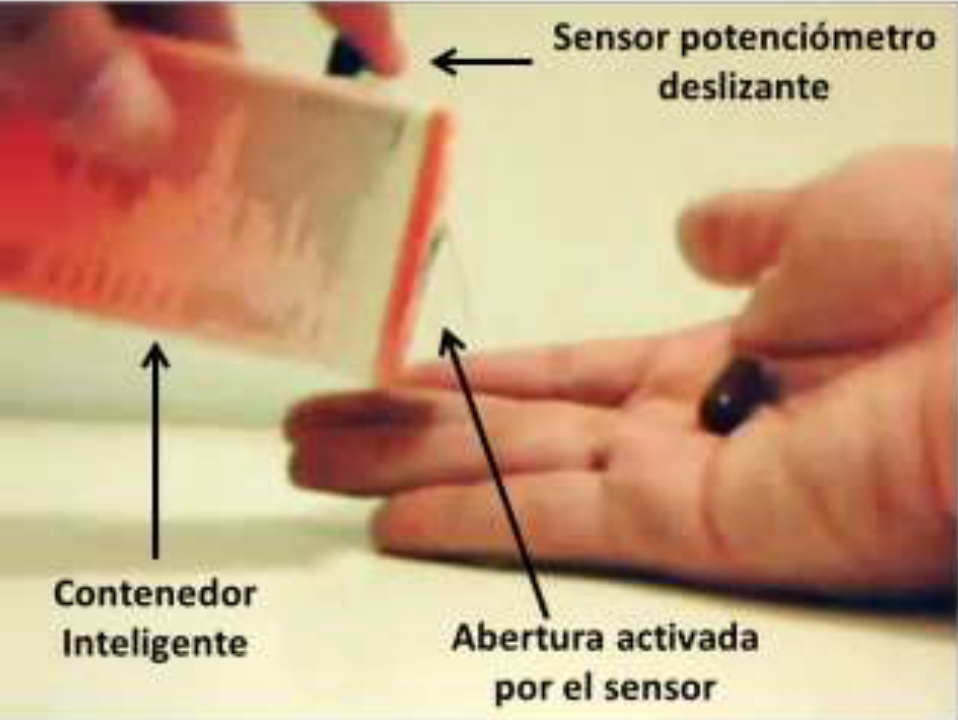